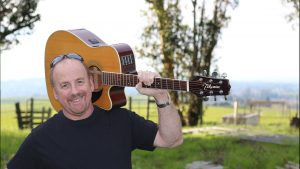 John Chevalier is a musician who has performed all over North America.  John literally cannot remember a time when we wasn’t playing music or performing in some way.

It all started one Christmas when his parents got him a black-and-white Roy Rogers guitar. He refused to put the guitar down, so at age 7 his mother signed him up for guitar lessons. Within a short period of time, John started listening to the radio and learning to play songs that were popular.  This was much different than what he was learning from his guitar instructor, but it was the catalyst that kept him playing.

By 3rd grade he was bringing his guitar into school once a year and playing for his class, and by 5th grade he had started his first band. “I remember it started with myself on guitar and my friend on a snare drum. Then, at one point, we had added 3-4 girls singing and playing tamborines. It was quite the operation for 11-year-olds. 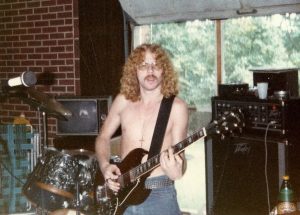 At age 13 he had graduated to the electric guitar and, with a band that he formed with classmates from school, started playing at local high school dances.  He played in several bands mostly on rhythm guitar and lead vocals until he was 15 when he joined a local semi-pro band that still played rock music at private parties, dances, weddings, banquests and some clubs.  This was a stretch for John but he soon learned that he had to play all styles of music.

His musical influences have always been connected to popular culture.  Pink Floyd, The Eagles, David Bowie, The Rolling Stones, America and Billy Joel are a few.  He also loved the country rock sound of Lynyrd Skynyrd, Molly Hatchet and the Allman Brothers Band. 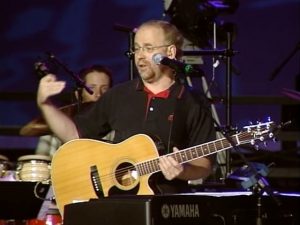 John continued to play in local bands and as a solo artist until 1990 when he had the opportunity to travel and train musicians. For the next 12 years he performed and taught at music conferences nationwide, specializing in training musicians how to put together a tight sounding band. 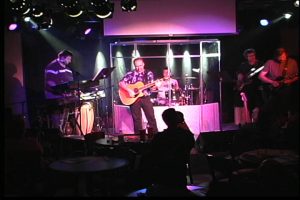 John’s song list is a true reflection of “his music” growing up in the 70s and his love of classic and acoustic rock, along with some country rock thrown in. Check out the calendar section of this site to find where you can catch John at his next show.